Goldilocks and I frequently watch other blggers’ youtube channels and articles to ‘learn’ from them how to increase our audience, or at least how to make posts clearer and more helpful while mantaining our authentic Italian style.

While watching foreigners prepare Italian food, I frequently get nervous (well, horrified indeed, to be honest) about the ingredients: “you don’t put peas on carbonara!!“, “Amatriciana and onion? Really??“, “Omg she calls that bolognese??” while Goldilocks laughs and insists that’s why our blog really matters and why we should keep going even if we don’t have a broad audience. Then, a quick look at the comment section reveals a bunch of angry Italians fighting with foreigners (and the author sometimes) about the recipe and its dubious Italian origins. Italians are often criticized for the lack of creativity in their cuisine, and foreigners usually complain that “improving” a recipe is legit, while Italians’ strict code on recipe frequently denies any change.

Goldilocks asked me why we are so strict about our recipes. And I tried to give her my personal point of view, which I now share with you. Personal is the key word here. What you’re about to read reflects my view of the italian culture which might NOT be that of the rest of the Italians.

Italian cuisine is simple. Not always in the execution of the recipe maybe, but in flavors. We don’t like too many flavors in our meals, we’d rather have one that “shines” and eventually another one or two that complete it. That’s why a carbonara is mostly about the egg, while guanciale and pecorino exalt the egg without covering its taste. The addition of peas, or cream, just introduces unnecessary tastes that covers the real star of the sauce. The same applies to amatriciana, where the strong taste of onion would cover the mixed taste of guanciale and tomato too much.

The second reason is Italians are REALLY serious about food. If I go to the restaurant and ask for a carbonara, I expect a carbonara. The recipe is standardized, and I want exactly what I asked for. If I wanted peas I would have asked for them. Just that. We know our food, and when we ask for something, we really want that. Not something else. Simple. Is it legit to add peas? Well yes, if you call it Carbonara with peas. Or Pea Carbonara. Even Carbonara revisited. Or whatever you want to call it, but just not carbonara. Because carbonara is a standardized recipe that needs exactly three ingredients: eggs, guanciale and pecorino romano, with freshly ground pepper on top. Just that. Nothing less, nothing more. While everyone is allowed to experiment in cuisine, here chefs are also required to know their job or they might have their dish returned.

Pasta with Tuna and Tomatoes

So, does it mean all Italians cook amatriciana or carbonara the same way? Of course not! Ask 1000 italians about the carbonara recipe, and you’ll probably get 1000 different recipes and directions. But most Italians don’t have a food blog, nor they want to teach their recipes (actually most of the times they jealously keep them secret). And we don’t need to boast about being Italians, or making true Italian cuisine, because we already are. I think many of us are just bothered that again, a something-italian-chef-with-some-italian-ties tries to speculate on our beloved “Made in Italy” or our style just because it’s trendy. And that takes me to the last, maybe most important and deeply hidden reason why some Italians are so strict about their recipes. 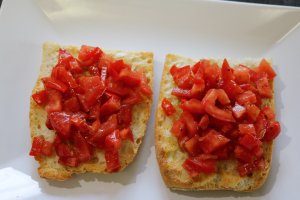 Italy lost its war against globalization many years ago. I don’t know when and why at some point someone decided we could even fight this war, but we did, and lost it badly. And since we were sure we could win, we didn’t consider any safeguards. Now our “Made In Italy” products are 99% Made in China and then bought here, something added in Italy before being sold because our law allows us to call anything Made in Italy when even one slightest smaller single part of the process is done here. Our food culture is fading, with newer generations eating even more canned or frozen food warmed up in the microwave, completely uncapable to cook an entire (decent) meal from scratch. Our language, once colored with expressions and rich with grammar constructs, is now getting simplified to the point we sometimes can’t understand each other. 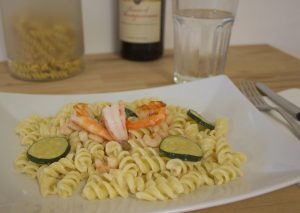 In this decadent* view, those Italians which still love (and know) their culture protect themselves the only reasonable way they can: they strictly stick to traditions, like ancient Greeks and Romans did in the past, as one, last, effort to save their ‘uniqueness’ from the flattened panorama globalization threw them into.

So foreigners, when an angry Italian complains about a recipe because it’s not done right, just try to think he only wants to save what’s left of his culture. He just wants to be heard, because for him there’s much more than pizza and pasta at stake.

*A note from Goldilocks: While editing Bear’s post, I came across the word “decadent view” and said, “What do you mean? This isn’t the right word! Decadent means something rich and luxurious, like a piece of decadent chocolate cake!” I immediately pulled up the dictionary definition for proof, only to see three different definitions, with this one listed first:

Decadent: marked by decay or decline; an increasingly decadent society.

I just got schooled in English by an Italian. Again.

(Please tell me I’m not the only English speaker who has never heard of “decadent” to describe decay? I mean it’s the polar opposite of how we Americans normally use it – to describe something rich and luxurious, especially a dessert.)